I've a little surprise for you ... you'll be allowed to accompany me tonight ... but as a slave, you're obviously not allowed to just spend the evening with me ... you need to be properly prepared for that! You like these sexy high heels, don't you? With these sexy shoes I'll trample you and your face until you're covered with heel marks! Because I want everyone, who sees us tonight, to know that you're just a slave and you've suffered under the heels of your mistress. Everyone will know that your face has been used as a doormat and laugh at you. But this price is acceptable for you, for the honor of spending an evening with your mistress, isn't it?! :-D

Here you are at the end of My dirty boots, begging to serve..begging to stroke..stroking and edging endlessly to MyÂ  dirty leather boots...show your devotion my boot slave!

ITALIAN SPEAKINGToday Spolly came back to visit us; my brunette friend is taking care of him. A while ago she showered him with her warm piss and now she is about to whip him on his flabby big ass. He wears a thong to hide his ridiculous little dick and the nipples clamps that turn him on so much. My friend ties his wrists to the lifter and puts him in traction, so that he only touches the ground with his toes. She starts whipping him and, as usual, this little bitch starts screaming as if he were being ripped apart. It is a truly pathetic scene and my friend spits in his face with contempt. Now his big ass is beautiful red and, once released, he just has to bow down at the feet of his Mistress as a sign of thanks.

I've a little surprise for you ... you'll be allowed to accompany me tonight ... but as a slave, you're obviously not allowed to just spend the evening with me ... you need to be properly prepared for that! You like these sexy high heels, don't you? With these sexy shoes I'll trample you and your face until you're covered with heel marks! Because I want everyone, who sees us tonight, to know that you're just a slave and you've suffered under the heels of your mistress. Everyone will know that your face has been used as a doormat and laugh at you. But this price is acceptable for you, for the honor of spending an evening with your mistress, isn't it?! :-D

Elodie really had a bad day at work that day, and it looks like she was really angry for some reasons, so she figured she could get revenge on her slave, and just use him as a good slave again! SheÂs been having issues with her boss during the day, so it looks like her slave will just have to pay for it! Someone has to pay! She calls him in the room, and makes him bow down on his knees! She makes him take her boots off after working all day in them, then completely covers his face with her sweaty naked feet! The smell was totally extreme since she was not wearing any pair of socks, and had been barefoot in her boots all day! I can tell it was something! Elodie makes her slave take deep breaths in her feet, and makes him worship the bottom of her feet too! She also thought it would be a great idea to make him suck her toes, and make him lick all that dirt between each of her toes! Elodie thinks there is just nothing like having a good slave take care of her feet after a long day at work!

Well, if his desire was to worship her ass after all, let him do it now and without any back talk! Mistress Zora sits down with her gorgeous ass directly on his face and makes her slave worship it at close range! Exactly what her sexy ass deserves. The slave did not expect such an intense facesitting session and it visibly overwhelms him. Caution is always required with the things that you desire so much!

We are pissed and furious, this lousy worm allowed himself to piss in our bathroom without lifting the toilet seat and made everything dirty. He does not seem to understand but then admits he was wrong, he will have to clean everything with his tongue but first he deserves an exemplary punishment. I take off his boxers, spread his legs and with my friends Gea Domina and Cleo Domina take turns kicking his balls without mercy. We insult him and hit him harder and harder until he falls to the ground, he begs for mercy but we keep hitting him and stepping on his balls as he crawls to clean the mess he left in the bathroom.

Goddess Vanny will now reduce his oxygen with her jeans ass! She simply sits down with her hot ass in the middle of his face and remains sitting there for as long as she wants. To plague the further she has put on her tightest jeans. She crushes his face badly and makes it as uncomfortable as possible for him beneath her. Goddess Vanny makes the loser's life so tough and that's exactly what she likes!

ITALIAN SPEAKINGCUSTOM REQUEST - The splendid Mistress Gaia, dressed in a sexy bikini and heels, enters her dungeon with a small and petite slave on her leash, who wears only sexy lingerie. Inside the cage there is a slave almost two meters tall and very large, so big that the cage can hardly contain him. Mistress Gaia is a bit bored and so she decides to play with her slaves. For this she orders the slave to get out of the cage, while the little slave without a leash is standing next to her. Mistress Gaia is amazed by the height and physique of her slave who is also taller than her, and so she makes him step on the scale before her to see if his weight is at its maximum. Mistress Gaia is amazed: his kilos are so many that the scales can't even quantify them.The mistress then decides to compare her height with the gigantic slave and, for this, takes off her shoes. Mistress Gaia is tall, but in the presence of her slave appears smaller. She then wants to see the little slave next to the tall slave: This time the difference in height is abysmal. She looks like a child in front of the gigantic slave. Suddenly, the slave has a gasp of rebellion and takes his mistress in his arms without authorization.Mistress Gaia is so surprised, and orders the slave to put her down. The slave is out of control and takes her around the dungeon with a laugh. The little slave sees the scene and starts laughing. The giant appears mad, but some severe slaps from the mistress make him come to his senses, and so he puts her down. She now wants to punish the little slave, because she allowed herself to laugh during the lifting scene. Mistress Gaia is very angry and decides the punishment to inflict on the petite slave. She is to be lifted by the large slave. The little slave trembles at the thought of being lifted by the giant, and so she tries to escape. Mistress Gaia orders the other slave to take her. The one-handed slave grabs her and brings her back to the center of the dungeon.The torment of the slave begins, under the sadistic and satisfied gaze of Mistress Gaia. The giant slave lifts the small twig in every way: in his arms, on the shoulders, from the torso. The slave looks like a rag doll in the slave's big hands. She begs for forgiveness, but the domination continues until the petite slave becomes exhausted. The slave takes her in his arms and carries her to Mistress Gaia's feet. Her hard lesson will serve as a warning to her: never make fun of Mistress Gaia!

When Mistress Anfisa thinks about a game it never ends well for her slave! She stands on a scale and explains the rules of the game to the slave. He has to guess her weight to the nearest 100 grams - with the help of his hands! Mistress Anfisa puts a chair on his hands and sits on it with her full weight. How many times will the slave have to guess until he guesses her weight at all? And will he manage it before they are completely crushed? Each wrong guess will cost him 5Â! Hopefully he has enough money with him...

We do not know eachother yet? Then it's about time. In this video you will learn a lot about me. Who am I, what do I do, what makes me stand out ... Just convince yourself of my authentic dominant manner and dare to immerse yourself in my realm.

These two raven-haired vixens will put their slave through a double portion of hardships tonight Â they both want to get their hungry slits licked and they all want it done perfectly, which means that he will have to work really hard but still wonÂt receive any reward for all the efforts he spends on it. Munching their holes and toes and only getting punches and kicks in return Â thatÂs his fate!

Want some cake? You're going to have to eat it up off the floor after I've trodden on it, go on, lick it up from in between my toes. Cake: Victoria Sponge Cake //Minimal talking//

My igno clips do something very special to you. You're so damn happy to pay to just stare at my nylon feet while I ignore you! For me you are not there at this moment, because everything else is more interesting than this drooling bird kneeling in front of my bed. Come on, pay for my disregard! 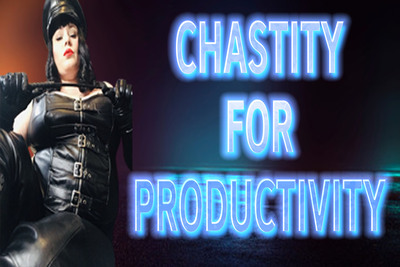 ENGLISH SPEAKINGCUSTOM REQUEST - You are barefoot, and you have your slave girl lying in front of you. You use her face as footstool, one foot at the time. While sitting in front of her, and use her as your ashtray opening and closing her mouth with your foot. To humiliate her more, you also spit in her mouth. Sometimes you stand up and gently trample her face, body and pussy while smoking. When you finished the cigarette you walk on her three or four times before leaving?