I just got back from a run and decide to give the lazy slave a workout as well - and give him a taste of what a workout's aftermath smells like ;-) I take off his shirt and push him to the ground - only to start trampling him under my jogging shoes immediately. The rubber sole leaves nice bruises on his chest and his face after walking over it a couple of times. Then I take off the sneakers, put them on his nose and continue to trample him with socks. Of course he gets to smell the socks as well and the trampling doesn't get any easier. Finally I take the socks off as well - and got a mean idea - I put the socks over his nose and mouth and then put one of my sneakers on top as well - with his nose sticking into the shoe - then step on top of it with my bare feet - pressing his nose inside the shoes with my full weight!

Meg and a new girl Britney are the best friends in real life. And she has become our friend too. She heards about some recording of fetish clips and that makes her interested. As every new girl, Britney is a little shame in the beginning, but after few minutes she likes it and becomes a beastt. There is a battle for the air. The girls use their weight to sit on his face and smother him. He tries to defends himself.

The sisters continue to humiliate their pathetic slave and start by wrapping him in cling wrap. He has to smell their feet while his head is trapped in the smother box and he's unable to defend himself - against the physical domination and verbal humiliation! Next the take him out of the smother box and rip of the cling wrap - now he has to lick Jane's high heels clean and suck the dirt from her heels and soles. Of course they can't resist to trample his face in between!

Carolina also heard about our sweaty socks challenge so she was really curious to give it a try! She has been wearing the same pair of socks for a full week and this loser slave will now have to deal with her sweaty socks and feet in his face for sixty minutes! If he cant do it? She gets a bonus in cash! She just makes sure the rules are very clear before we get started and gives him the call to removes her sneakers! She makes him take her sneakers off then immediately covers his face with her sweaty blue socks! They were super gross and stinky but its part of the deal so she just rubs them all over his face! She really wants to give him a hard time so she makes him stick his tongue out to lick the dirty bottom of her socks! Carolina also needs to give some fresh air to her feet so she makes him take her dirty socks off to cover his face with her sweaty naked feet! She makes him take some deep breaths in her feet and stick his tongue out again to lick the sweaty bottom of her soles! That was an easy win for Carolina as her first foot fetish experience! Hot Clip Alert!

Your queen is back, my slave! Listen what I'm going to tell you - and follow my orders! Now it will become a little bit more tougher for you! I will enter your disgusting life and you will do whatever I want you to do!

101295 - Louboutin shoe dangling and building Me a shrine!

your first task slave is to make a shrine in My honor, built it in your bedroom, and make it look totally amazing. your main function is to make Me money, and send Me money, don't come to me saying "i can pay you next week Goddess"...bla...bla...bla NO tribute NO attention, time is money and talk is cheap slave. Then you will worship Me at My shrine every day, kneeling and worship Me and think of way to make Me more money and make My life better. Its your holy duty.

I'm going out with the girls tonight, but I don't want to leave my slave before I tortured him one last time for today. He has to lie down in the bathroom and I step on his body with my high heel shoes. I love how he screams when I dig the heel into his cheek, his chest and his stomach. Later on I also take my shoes off and trample him under my bare feet. Trampling his throat and face was definitely the most fun part!

Have finished cleaning my feet and footwear, I decide to stomp the slave in my pure and shining peeps. I love to trample Alex and watching his suffering. Because if I not hurt enough I have no interest in execution. The iron heels left beautiful marks on his miserable skin. I stand on one leg and enjoy his pain, after that I stand another one on his head. Moreover I stand on his stomach and my heels strike into it! And at the last but not the least - the most harmful action - the jumps with ....SPIKES!!!!!

Mistress MaÃ©va walks herhuman dog at the edge of the river, she decides to make a break and to make clean her splendid high heeled shoes at her dog, she uses then its mouth like a vulgar ashtray and ends to crushits cigarette on its tongue.

Katrin wants to read a book - but the armchair isn't comfy enough so she orders her slave to lie down on the floor and places the armchair right on his body. Now she can sit down on the armchair and enjoy her book while she slowly crushes the slave. She also uses his face as a footstool for her high heel boots and bare feet.

70068 - Annabell's back for another trampling session

Annabell just can't get enough of torturing this trampling slave and this time she grabbed a pair of ankle boots to torture him with. The hard platforms and the sharp heels dig deep into his chest and stomach, but Annabell doesn't care a little - she just continues and enjoys seeing him suffer - she even steps on his groin, heel first of course, a few times before she sits down on him and takes her boots off. Now with the boots off she tramples him again and now she can perfectly jump all over his chest and keep his head down using her sweat-soaked nylons!

Lady Kitty is relaxing on the couch and while she is watching TV you has to worship and clean her dirty soles with you f*cking worthless tongue, you loser!

Mistress Mara always thinks of new ways of torturing her younger slave. Today she wants to test how well he can handle some serious jumping. She's wearing a pair of flat boots and starts by normally trampling him and standing on his head - then proceeds to jump on his chest and stomach. In between she steps on his face and head a few more times before she takes her boots off. But without shoes she can jump on him even better. She barely gives him time to breathe between all the jumping and the slave moans every time her bare feet hit his chest and stomach. Of course she also doesn't miss out to trample his face and head under her sexy bare feet before she gives him a rest - for today!

Mistress Lea receives a future employee in her office, the man explain her motivations at her while Mistress Lea makes use of her flunkey as a footstool. Mistress Lea decides to test the motivation of the man while making him lick her splendid boots, she test then her endurance by copiously trampling him under her cruel heels.

Dirty professor is trapped in the small room by two blondes Teodora and Sibilla. They are great combination of evil and sadistic tendencies. Pretty, in every sense, they disturb his family life and destroy him. They sit on the stairs while he continues to worship their bare feet.

Is this how you saw yourself? Is this what you want for your life. You have made choices that make you a patheric loser. You CHOSE this loser path. Is this what you wanted to be when you grew up? I loser that has to buy clips to jack off to, with no life, no prospects, and nothing to show for yourself? 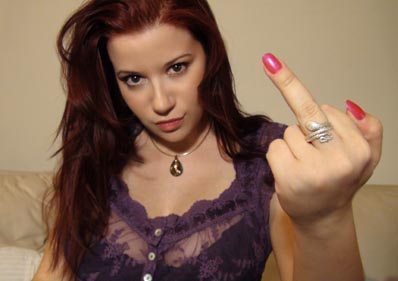 Candy has a lazy husband. She wants to go in the mountain bar with beautiful snow view, but men's pig not approves it. She goes in the room and drinks some wine and come back in the good mood, ready to kick his ass. Candy mercilessly smothers him under her ass in panties.

Queen Kasey's pretty blonde sis Sierra is telling her about a popular, cocky boy at school that used to tease her and be mean to her when they were younger. But now that they are older, she notices that he is always staring at her FEET in their college classes that they take together. She wonders if there is some connection between this odd behavior and these "slaves" that she is learning about from her aunt?"Aunt Kasey" assures her that there IS! He is a FOOT-FREAK that is ripe for ENSLAVEMENT! And she will show her EXACTLY how to use her FEET to turn him into her SLAVE! Queen Kasey instructs her sis to invite him over to "study"...and she will take it from there!When the boy comes over to study, sis Sierra begins dangling her shoe...of course, he becomes so distracted that he can't concentrate. Now that Sierra knows all about foot-slaves and actually realizes what is going on, she just giggles at how pathetic it is- and does it even MORE! (Now her shoe is BARELY hanging on the tip of her toe and the loser looks like he is practically drooling and going to fall out of his seat!) After she mentions that her feet are sore, it doesn't take long before the boy is on his knees, rubbing and eventually even hesitantly, gently kissing Sierra's feet! (After she tells him seductively to "kiss them for me".)Just then Aunt Kasey comes bursting in with her cellphone - which she has been using to record the whole thing! And she is gong to put it on FACEBOOOK! Unless....this bitch learns its PLACE and does WHATEVER her sis wants! And that includes a LOT of worshipping her FEET that he seems to be so distracted by! He will be HUMBLE and OBEDIENT to her from now on!! Or ELSE!!!"Call me PRINCESS Sierra from now on! And if I tell you to KISS MY FEET walking down the hallway right in front of my friends- you will DO it!!"Aunt Kasey is so proud of him...her first very own SLAVE! (The first of many, she is sure...)

Payday! Time to collect some cash...Due to this intention, I ordered my Paypig to drop by and bring some money wtih him - of course he did, it has become kind of a routine - a good one! Training is important and I intend to keep him sharp!Today, he arrived just in time after i did my workout. Unfortunately I was so busy getting paid ridiculously well just to listen to all your crap - and then rub your face in it, there was no time for a shower!Must have smelled so delicious! I' m way to good to him...