It's finally happened.I've got her in my grasp and she's finally understanding how useless you are, how much better off she'll be once you're gone. I've gotten inside her head, there's no going back now - this is what you wanted isn't it? Soon you'll be free to serve Me in your entirety without ever having to worry about her finding out.

In this video, a slave girl passionately licks the feet, spit and dirty soles of the beautiful mistress Julia. Sweet video.

sheÃ¢ÂÂs going to hate Me if she ever sees this...As if catching you scrolling down My feed wasnÃ¢ÂÂt bad enough, if she EVER caught you watching this, your marriage would definitely be over. But you love to play on the dangerous side with Me, you figured out thatÃ¢ÂÂs where you belong a long time ago. Hold onto My every word and IÃ¢ÂÂll take you on the journey of a lifetime, youÃ¢ÂÂll be begging Me to end your marriage for you.

Young mistress Nika 18 y.o. loves to humiliate her adult slave woman. She makes her lick her spit off the floor, lick her legs and spanks her ass with a belt

ITALIAN SPEAKINGCUSTOM REQUEST - Gaia is a slayer, the most popular among the female slayers in circulation, highly sought after because with her experience and meticulousness she always manages to eliminate the target without leaving any evidence.None of his murders have ever been discovered, each victim filed as a natural passing.He has studied the dossier of the next case in great detail, and has noticed from some of his analyzes that he has a small heart defect that he probably is not aware of either.He decides that giving him a heart attack will be the way to get his job done, the coroner will notice that anomaly in his heart and file the case.Gaia decides to wear a sexy doctor's outfit to start wearing down the victim just visually.He has tied him to a column in such a way that he cannot move and that he is constrained to undergo everything he has in store for him.Start by giving him one of her legjobs. The victim can only abandon himself to his will until he can no longer hold back, until he comes.I like it when he performs the legjob with his back to the slave, if he can perform it more in that position as well as the coming. Once finished she will look at him, snort, and tell him ... see you later, you are still too colorful for my taste.So he'll come back ... and this time she'll practice a handjob. I like it when she gets down on her knees and the camera frames her in the foreground.I also like it when, once the slave comes, he continues to squeeze him to the last drop.When finished she will look at him and smile ... I already see you a little more pale ... I will come back later to finish the job ... and she will laugh as she walks away.She enters the scene again with a chair, puts it next to the victim and gives him a footjob.The victim will try to resist as much as possible, he senses that something is wrong and that this will be his last orgasm.However, Gaia's feet are irresistible and in the end the victim will no longer be able to oppose.Gaia notices that she practically made it, but to be on the safe side she continues to saw the victim until she is sure of the success of her mission.She will stand up, look at him and say Despite everything a tough guy, but you met the wrong person, laugh and leave him there.

I want to smoke a cigarette. And the slave kneeling next to me is waiting for nothing but to be useful. He will be my human ashtray, blindfolded and in chastity. He will not have to see, but to feel. Feel my smoke on my face, the scent of the leather I'm wearing, the taste of leggings and boots, the ash falling into his tongue, the cigarette going out, my hands feeling his full balls, the sound of the key of the cage and the sound of my heels when I walk away leaving him in that position...

This is a recording of a live sexting session filmed on my phone. I play with you like a toy- your wallet is mine. All I have to do is tell you what to order from my wishlist and you buy it for me. One little peek at these huge, luscious boobs, and you're begging me to take your credit card. My juicy ass jiggling in your face can make you move worlds for me.. Send. Send more. Buy me more. Don't think you can pull a fast one on me, I won't let you cum unless you send. Play along and send. JaneJudge.comEdited by RickyxxxRails

You have the most beautiful, perfect, HUGE cock I have ever seen. I must have it. The person it's attached to though... I could do without. Don't worry, I don't care what you have to say about it! I gag you with my ball gag, and show you exactly what I mean- I'm going to cut off your cock and jar it so I can make it into a dildo for myself. It's incredible, too perfect to be attached to you! I brand your body and remove your incredible cock, and you watch me tease it with my mouth and put it between my huge tits. I can't wait to fuck your- I mean MY cock! Filmed and edited by RickyxxxRails

As my foot servant it is a matter of course that you be available to me and my feet at any time. While I drink my coffee and occupy myself with my mobile phone, the foot servant will pamper my feet. I want him to smell and lick them while I ignore him. He knows what to do, I hope you do too!

To be a slave in the service of a Mistress of my level is certainly not easy. My slaves know very well that everything can happen at the Femdom Castle in Rome. Today, for example, I decided to have a very special manicure done. My nails are now so long and sharp that I really want to use them on some little cock. Before I start to have fun I decide to tie the balls of this useless worm with a rope. That way I can get a better grip on his little cock without further hassle. With my long claws I start to penetrate his little cock from inside until I reach really extreme depths and while this slave undergoes my sadistic treatment I think this little cock is starting to withdraw more and more. It is better to grab it directly at the base so as to keep it absolutely still, it is right now that the fun will come. My long nails begin to stick it non-stop on several points and while I penetrate it repeatedly I even manage to insert two at a time, this is exactly the result I wanted to achieve. Now that I have shredded his urethra the little hole in his little cock has definitely widened and I can even insert part of my finger. I almost feel like I can fuck his little dick ... My new nails are definitely better than ureteral retractors ... The effect they had on this little dick was devastating !!! PS : If you want to book a video request contact me : mistressisideoffcial@gmail.com

This is the very first video with the beautiful Mrs. Julia. The beautiful mistress Julia is 23 years old. She is strict and adorable

4 MINS***You paid good money for a very short clip-and I promise it's gonna be worth it! I'm going to get dirtier than ever, bring alllll of your nastiest fantasies to life...SIKE! You've been scammed hahahah! Nothing sexy here- just me ignoring you! Losers like you deserve to be ripped off! 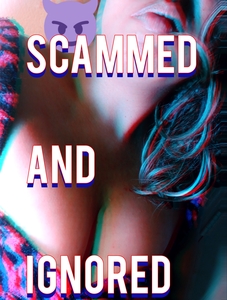 This foot lover gets an great extra task from Goddess Yasemin - she spits on her platforms and makes the slave lick the spit off! His tongue glides over his goddess' sexy shoes and he obediently licks everything up, exactly as it is demanded of him. He licks it until her high heels are sparkling clean - and eats so much of her hot spit in the process!

ITALIAN SPEAKINGI have my slave bound on the cross, and I?m going to enjoy making him suffer. I?m using a selection of my whips. The cat is always a good opener, and then my leather tawse is just right for close up whipping. This is a painful session for my bitch. His squeals for mercy will of course be ignored, as my stinging lashes make sure he is nicely SKINNED!!

I know how much you love tasks and I know you love my feet, but today you are going to learn to love my dirty, dingy socks. Shut your mouth and open your nose, foot boy. Take a nice big whiff!