This slave should really feel honored - he'll get a delicious banana - pre-chewed and mixed with my divine spit! I sit down on his chest and take a bite from the banana. After chewing it well I spit it right into his mouth and make him swallow it. Again and again I spit chewed banana into his mouth and watch closely if he swallows all of it!

Dominant girls like Emily, Gia and Nicolina can look cute and simple in jeans, but their feet and asses simply can destroy men's pride. Poor guy is under attack of these beauties and helpless beneath them. Gia's turn to sit on guy's face. One of the best asses on site smother him in jeans.

Emily's running shoes are a beast, they instantly drench her feet within with the matured stench of her previous joggings. Given these sneakers, her synthetic socks and you can guess how Candy felt, when she learned, that she has to smell them for more than 10 minutes! We had to tie her up to ensure she won't try to fight the stink destroying her lungs! Her arms taped to her chest she lied helpless under Emily's chair and her sweaty-stinky smothering has begun! Emily thoroughly rubbed her reeking socks into her suffering face and made her fill her lungs with the putrescent, humid stink of her socks! Candy tried to dodge the feet pushed against her nose, but she had no chance to escape at all! She had to inhale just as she was told to! Later Emily took off the socks and gave Candy the opportunity to suffer the smell of her bare soles! Of course, all the sweat was rubbed into her face again! Miserable and defenseless, Candy gave up fighting the stink and let the sweaty soles cover her face and breathed the stink underneath as a good little girl!

Lady Johanna tortures the cock of her slave with her sexy boots. But the stupid slave squirts much too early. As a punishment she pees a lot of her golden juice over his cock.

Sarah & Emma take it in turns to walk over & trample Mark's hands, Emma is wearing high heels & Sarah is wearing boots the girls don't care where or how they step on him but they do think its fun to hurt him the girls step on his hands & fingers & even his finger tips as they have fun trying to hurt him.

The slave has to lie down on the couch with Madison and me sitting right and left of him. We start biting his chest, his arms and his hands - and leave deep teeth marks all over his body. He struggles with the massive and constant pain - but he doesn't stand a chance against the two of us - we easily overpower him and continue the brutal torture. Place your bets! Which one of us is going to hurt him the most? :-D

Hot Alicea dominates her friend Malika with her sexy jeans ass today! She presses her butt on the face of her friend and starts to put on make up! She loves it and puts on some lipstick while she uses Malika's face as a comfy seat pad! Then she sits down the other way around and finishes her lips. She takes a close look in the mirror while she still dominates her friend with her jeans ass!

Cruel Goddess Candy Blade tortures her slave by trampling him in her needle-thin high heels. The slave has to suffer extreme pain, he begs her Goddess to stop his torment but his cries are just fueling Candy's kinky lust. She mercilessly deepens her heels into her victim's belly and chest, leaving painful marks all over his skin. After 8 minutes she takes off her shoes and gives her slave a hard time with her bare soles. Fast steps into his guts, crushing jumps on his body, breathless throatstanding and walking tip-toe on his belly: Candy makes sure the slave does not have a moment of peace under her divine feet!

My sexy ass is smelling and sweaty by now.. and this loser awaits me with desire as I decide to pay him some attention. In my fabulous, sexy and white underwear I sit down on his face and start rubbing my thong- ass against his face. He's completely commited to the smell of my ass when I sit on him with full weight! He can't even breathe fully! 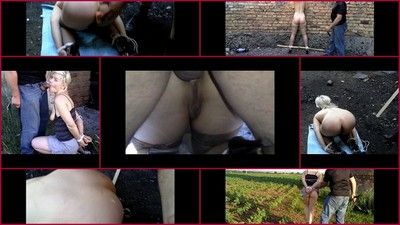 Brand new Princess J wants to humiliate new slaves so She gives u Her email address & website URL in this clip! Get addicted & mind-fucked by this sadistic Goddess. Check out Her evil laugh in this video, it's so fucking hot 'n humiliating..Only one thing: you gotta meet Her in person because She won't show Her face on video. She makes this loser-slave lick Her heels, clean Her bathtub, smooch 'n sniff Her ass & open his mouth so She can spit loogies in it. It's so hot how She keeps calling him "bitch"...the wa She says it...highly addictive!The only question is: will you get turned on watching this loser-slave fork over $100 of his hard-earned money, or feel kinda bad for him? You'll see how little She cares & how much She expects men to bow down & $poil Her.

The slave now gets to taste my dirty stinky feet - he has to lick every inch of my soles! You can clearly see the dirt in the sneakers' tread and my slave also gets to taste it clearly. But that was only the first part - next he gets my stinky socks! He has to take off my sneakers and then press his nose into my stinky sweat-soaked socks. He inhales the foot odor deeply! I'm amused seeing him suffer so badly. That's why I'm going to take it one more step further. After taking off the socks the slave has to lick my sweaty bare feet - and obviously he also has to lick between the toes - there shouldn't be a single sweaty spot left when he's done with his task!

Secretary Lady Samantha takes off her old heels and starts to let her footslave sniff her sweaty pantyhose feet . She rubs her feet the whole time on her taped footslaves nose , so he has to smell the sweat of her warm feet covered in nylons ....

Mistress Giorgia is having fun with her carpet slave.The slave is thrown on the ground and She climb up, just like you do with a doormat.The Mistress is always very sadistic and starts with her bare feet and then wears great shoes with a beautiful wide heel ... The heel sucks the belly of the carpet slave who suffers for this hard trampling.The slave is crushed and humbled without pietyThe slave carpet of Mistress Giorgia is happy and devoted!

I know all guys think they're "alpha" males. I know I know, you get laid, you work out, you have job. But come on, you stroke obsessively to my videos and you're getting more and more addicted by the minute. Go ahead, try and put your cock down and turn off this video, I bet you can't! You need to accept that you're just a jerk off beta male puppet for gorgeous women like me, and I'm going to make sure you know exactly where you stand.

My slave gets every week tasks that he has to do during the day. Of course this is exclusive CBT torture which he must go through. This week there is something special, because I'm sending him his assignments per video. And because my mother has so much fun with it as well, she has been part of it. He gets very turned on by a special fabric which we are wearing in the video, because we know exactly what it does to his mind. 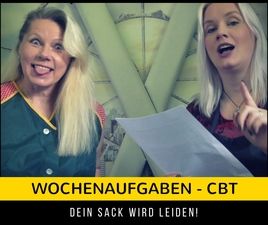 This little loser gets Lady Carmens and my extremly stinky feet in his mug today. I havn't washed them for three days to see this little jerk suffering. We pull a plasticbag over his face so he gets the full stench and push our feet on his nose. Haha what a loser, he whimpers away because of our feetsmell! You would like to have this too right? You would even be allowed to lick our feet and suck our toes. And you are allowed to jerk off on our feet now! Go ahead!

Those greedy eyes who are in love with my dirty boots... you're allowed to lick them clean, slave! But nothing's for free, you have to pay huge money for it! Give those sexy, green bank notes to your mistress and you can start. Of course you try your best after you've paid so much money! Clean every space I've shown you. And in the end I'll reward you for your thoroughly work with a surprise!