Megan met Lacy at an Adult Store while she was looking at some items to help her Severely BEAT a slave's cock & balls for an upcoming session.. When Lacy said it looked like someone was in for a beating Megan laughed & said she didn't know the half of it.. The 2 girls started talking & Lacy couldn't believe what she was hearing!.. Lacy was shocked but also VERY Intrigued!.. Megan offered Lacy the opportunity to come back to her place & help her kick her house slave & told Lacy she could kick him in the nuts as HARD as she wants & for as LONG as she wants to!!!.. Lacy is ONLY 19.. She's INSANELY HOT & just way too eager to cock back her foot & SLAM her skater shoe straight into his poor gonads as HARD as she possibly can!!!

Sometimes you just have to tie him down and make him have it. This is just what Goddess Chleo doe in this scene, straps him down so he's helpless, then has her way with him. Lots of foot smothering, face sitting and trample as Goddess Cleo enjoys dominating him. Lovely scenes as she orders him take her stocking off and he submits at her beautiful feet. The domination chair becomes a throne for Goddess Cleo, who wouldn't dream of being her slave?

The Goal is, tying up the Slave, against his will or not and make him fit our Needs. Perfect Foot Cleaner to break his Will and then swallow all the Poop with the powerfull Mouth Opener without Leftovers. We did reach that Goal ! Part 3 Andrea. 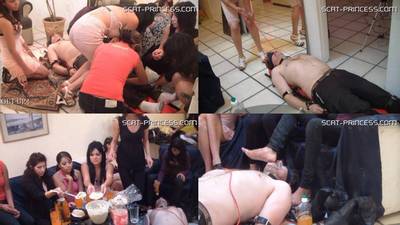 The Mistress Karoline has an obedient slave, she uses it for the designated purpose, calls offensive words, lets know to it where its place. Every evening the Madam dominates over the slave. She is a very sexy Mistress.

You are pathetic and disgusting. You are a pervert guy who loves feet, dominant and sardistic girls using and abusing you, so tell me what are you?! The only thing you are good for is giving me your money and right after I have taken it all, you are punished and smothered. You simply deserve to be treated like that.

Lisa visite me. Our two slaves get a few face slaps from Lisa. She is also in a good mood today and gives one of the slaves a full weight facesitting while the other slaves are slaps again from Lisa. She marks the two slaves as it does with dogs, simply spits in the mouth of the slaves. So the slaves knowing that they have nothing to say. They are only Slaves, thats it. 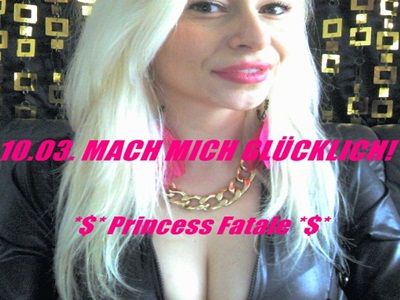 Annika practices trampling - on her latex horse! While Lady Joy and the other slaves are watching, Annika jumps on it and rides the small horse. Joy likes it, Annika rides on her pony away and Joy takes her latex slaves for a walk too... 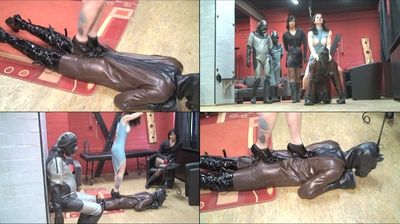 Goddess Valerie tells you She wants to watch TV & USE you for Her chair, telling you to get down. She pulls off Her dirty sneakers & says "Whew they STINK!". She's worn these socks for days now & the bottoms are grey from being inside Her smelly sneakers for so long. She even humiliates footboy further by asking him how much he likes being Her chair. After a while of being made to smell Her socks, footboy remarks how stinky Her feet are. She is a true Goddess who sits back & could give a less that Her 3-day worn socked feet are in footboy's face! F'ing Awesome clip! 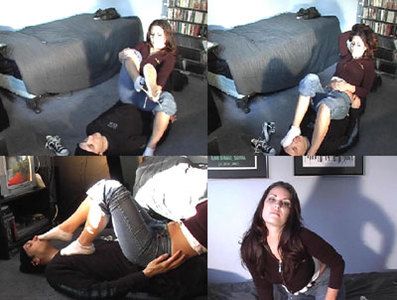 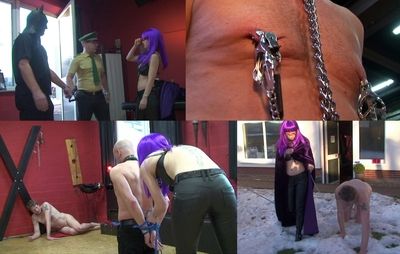