You're the definition of pure trash which is what makes you so lucky to be able to rummage through mine... 16871 - Disgusted By Your Pindick Rating

*DICK RATING* Skyla is disgusted by this 2 inch pin dick and goes into details about every aspect of it, analysing the length, girth, balls and gives an overall rating. When I saw this top I couldn't resist sending it to one of my sissy sluts to show off and serve me in. Before I send it off for delivery though, let me show you how to wear it and make it smell amazing first. Skyla the School Brat has noticed you've been perving on her, she may have played innocent but now you get to see what she's been planning all along. She knows you've been desperate to look up her skirt but your temptations come at a price... Using you as her human ashtray, pulling your cock on her leash and punishing you for disobeying with quick cock burns. You're going to wish you never perved on this brat. ******-Dom Pizza Pedicure Feeding!Teen Princess Valeria has come up with a special meanness for her slave. After she was about to do a pedicure anyway and the slave is supposed to be fed, why not combine the two?The totally depraved teenage brat then begins to cut her toenails over the pizza and to file the calluses off the soles of her feet with the rasp. Everything nice as an encore on the pizza!And then it means good appetite for the slave! The dominant ****** brat watches with sadistic delight as her slave eats the pizza with her leftover feet with relish. He then rubs the pizza pieces between her toes and ultimately eats the pizza pieces off her feet.

It the light of the current covid pandemic, Miss Deviant wants to remind you of the importance of keeping your immune system in good shape to help you fight off those nasty germs and viruses.And you have one of the best forms of immunity boost stored right in your own balls!Not only does Miss Deviant spell out the importance of taking this daily new "vitamin", but she teases you with her sexy body and helps you to produce it! 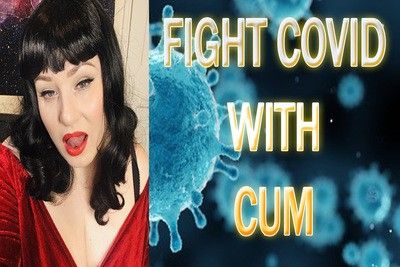 Turning my Ex into my Cuck ~ A POV Fantasy Fetish clip! You should have never messed it all up with me, you regret it everyday but there is a way I can still allow you back into my life. Chloe listens to music off Walter's netbook while making him worship her ass! Chloe moves, wiggles, and humps her butt to the beat pressing his face deep between her cheeks! 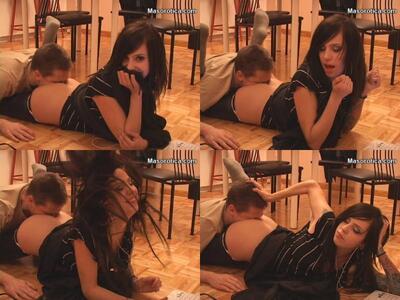 I'm here to TEASE you while you are locked up. Your HORNY DICK wish for my CELLILITE ASS but you can't have it. My ASS will burn your WILLY because I'm so obsessed with those CREAMS. Look at my RED ASS - your CHASTITY DEVICE is the same color. I ORDERED you to buy it - RED. I know my CALVES are the biggest FETISH of yours. You want me to CRUSH your DICK with it. Wanna see how STRONG those calves that will crush your willy with a chastity device on it. You just have to IMAGINE it.* If you want me to CONTINUE making new videos - TIP me 1000$ or MORE. Otherwise I won't be posting any NEW VIDEOS. You always can ORDER a CUSTOM VIDEO though.

This film includes all the clips from this series. Three guys lie on a pedestal. Three girls walk on them. Two of them are wearing sneakers, while the other wears flats. The party is just beginning to unwind, so there aren't a lot of people yet. Another girl in high-heels enters. It's her first trampling experience and she says that it's very stressful for her. One of the girls shows her how to trample on a guy's head. Then another girl comes along - this one really weighs a lot - but she refuses to step on the guys because she is afraid that she will hurt them. There are five girls at this party. Three of them were with me, the rest were clients of the bar who just happened to be there when we were shooting. The bar was only open for women on that day. ItÂs their first trampling experience, and as you can see they were very pleased. It may have hurt a bit, but they really proved that they could do it. Three girls stand on top of the guys. They freely trample the guys and invite each other to take turns stepping on the men. One guy isnÂt aware that a transvestite in black platform shoes gets on top of him. The guy was very unhappy when he found out and I canÂt say I blame him. A girl in a violet dress (a first-timer) decides to see just how much the guys can take and she stands on one guyÂs nose with one leg. At the beginning of the clip, the girls lie down on top of the guy. Three of them pile one on top of the other, and then a fourth one straddles them like a pony. Then a girl dressed in violet start belly dancing on Don KichoteÂs stomach. She is grinding away as if she were on a dance floor. Two of the girls wore high-heels and two wore flats. A well-built girl joins the fun. The rest of the girls are enjoying themselves, standing on the guysÂ heads. In the corner, two girls go to work on a guy who is lying on the floor. Soon, everybody else joins them and a kind of group trampling ensues. The girls start to flirt with each otherÂ. Fun in the corner and under the bar. A girl puts a barstool on a guy and gets up on top of him. Then she stands on him and climbs on top of the bar. The other one steps on the guy lying next to him. Then the guy puts another barstool on him, and now two girls are standing on him. There is a short break for hand-trampling done by two girls. Meanwhile, there is mad trampling going on under the bar and on top of it. The girl who likes to dance starts to dance on one guyÂs stomach again.

Facesitting great pleasure.Try to hold your breath and imagine my weight on your face.The feminine fragrance. So close - so far.The rough denim on your skin. Only the substance separates us.You see my ass getting closer and it's over with thinking.Go crazy - get addicted.

Your online therapist is here to warn you that you are failing in every department when it comes to your relationship and you are going to have to act fast if you want to have a chance of keeping her. I want to call a friend of mine - and while I'm talking to her on the phone, I'll stand and walk over the slave's hands! I'm wearing my buffalo boots and clearly instructed him to be silent - so I can concentrate on the call and his painful screams don't distract me from the call. And I'll not make it easy for him either ... I stand on each of his hands with my full weight, grind the rubber soles on his skin and dig the heels into his hands - and when he does make a sound - I punish him - by stomping down on his hand! And you know these calls between women ... they can take a while :-D

Episode 4 in my Smoking Domination custom series, this one is a much closer shot while Skyla inhales and exhales, uses your mouth and also teases, toys and plays with your physical sensations, pushing your limits and embracing the process. Two girls wearing black stockings and high-heels are supposed to stick their heel in as hard as they can to the guy lying underneath them. The guy is our good friend who is very resilient and the marks on his body donÂt last very long, which actually upsets him. We shot the film for 20 minutes and the girls did their best to stick their heels into him as hard as possible, but you can tell that the marks disappear from his body really fast. Time 8.42 min. Remastered - movie from 2007. This is Kate's first experience of foot worship with a slave girl, because she always preferred male slaves to clean her feet, but the girls told Kate that their slave girls would do better with this job and advised her to test the slave girl gloria. Kate agreed and came home with very dirty feet to see how the slave girl coped with this task. Kate put her feet on the stand and gloria began to lick the dirt off her feet. All the dirt and sand from Kate's feet ended up in gloria's tongue and her tongue quickly turned black from this .. Meanwhile, Kate paid little attention to her pathetic slave girl who diligently cleans her dirty and smelly soles with her tongue.

******-Dom Schoolgirl Shoe Worship!Slave Smirni has to lick the black open high heels of Teen Princess Valerie. The dominant teen Mistress drills the heels of her heels deep into his mouth to suck and pulls him tightly on the leash with her mouth to her shoes.

One girl is sitting on the face of a guy who is lying on a bench, while another girl is walking on his stomach in high-heels. The girl who sits on him tries to suffocate him and the other one tries to stick her heels into his stomach harder. TIme 9.15 min. Remastered - movie from 2007.

Custom.Nicole has planned plenty of humiliations for christina for today. Slave girl christina is hungry and Nicole decides to feed her. What did Nicole cook the slave girl to eat? It's a sandwich! With a chewed banana and cigarette ash and an extinguished cigarette .. uh .. how delicious. This is how Nicole's slaves eat. While Nicole was preparing food for christine, she licked her boots. As soon as Nicole prepared the food, she put the plate on the floor and christina, like a pet, began to eat it from the floor. "You stinking pig! Hahaha" Nicole taunted her slave girl and lit another cigarette. Nicole used christine as a human ashtray and spat in her mouth many times. Often and a lot gives strong slaps so that christina's face turns red. Nicole saw that the slave girl couldn't eat the whole sandwich and began to help her by pushing the pieces into her mouth. Thus, the mouth of the chrisitina turned into almost a trash heap. christina was unable to chew it all and Nicole helped her spit it out on her plate. Nicole brought a glass of water, spit in there and threw in a smoked cigarette. "Drink! You stupid whore!" - Nicole gave the slave girl dirty water. Nicole had fun and sat down on christina's face with her sexy ass. She crushed her with her stiletto heels and then poured all the contents of the plate on christina's face .. "Ugh! filthy! But I'm having fun and you? Lie here a stupid whore. I'll be back soon" - Nicole was amused and left leaving christina lying on the floor with spew on her face.