My girlfriend and me were out at a night club. Feeling a little tired we decided to come home early. However, arriving home I noticed the door to my house was slightly open. When we got into the house, we found a burglar trying to escape with some of my jewelry. We managed to overpower him, and I decided to teach him a lesson. We tied him tightly to a chair and made sure he couldn't escape. Asking if I would be ok, my friend decided to go home, leaving me alone with my bitch of a thief. I'm going to make him suffer. He tries to explain to me why he was in my house, I don't want to hear anything he has to say and shut him up with hand over mouth smother. As he tries to get air, I press even harder. He gasps and squirms to get free. However, he's going nowhere as I continue with his torment. As he begs for me to stop, I tell him I'm just getting started. I put a ball gag in his mouth and fasten it extremely tight. His muffled attempts to breathe are amusing. I'm going to leave him gasping and helpless, until I decide other ways I can have some fun with him. Now where did I put those plastic bags?

I luv to go hiking in the mountains. This Pathetic LOSER dreams about a "mean girl" wearing hiking boots Rupturing its nuts.. So it arranged to meet me right after my hike so I could kick its balls in.. Well I don't think it understood how PAINFUL this was going to be.. to get kicked by ME.. Especially when I'm wearing boots like THESE! lol.. They are real hiking boots made for the outdoors & I kick the BITCH so HARD in the nuts with them.. That I doubt it'll EVER be the SAME After THIS! lol.. By the time I'm done kicking it.. It's down on the floor curled up in a fetal position. So be careful what you wish for.. IF You meet with me in person & Ask for "Ruptured" nuts.. You better be prepared - You'll GET Them! lol

Joss is the lightest girl on the site with 52 kilos and Bea is youngest and heaviest with 73 kilos. It's known that small girls are poison and that is Joss. Sadistic nature and girl who knows to have fun. Bea is different. She is cold as ice and she is aware of her weight. She uses the weight to crush anything under her body. Slaves runaway from her. Face standing. Watch how Bea crushes his face.

This BITCH made the mistake of bragging that he just paid off his credit card to try to impress me.. So now I'm going to kick this fucker til he hands over his credit card.. by the end of the day.. this BITCH won't have balls anymore & he'll have a maxed out credit card.

Beautiful and strong girls Julie and Angel capture in bedroom small and tiny victeem Mariah. Her altar is a bed and she cannot escape from two evil princesses. Like three sis. Two are pretty and evil, one is their ugly slave girl. Mariah's small head is stuck between their thighs. Right in front of their asses and squeezed.

Lay down slave so I can stuff your ugly mouth. Today you will eat my dirty sneaker socks. And that is not enough ... next time you will lie real underneath and swallow.

Another ElegantBarefeet.com foot party in Los Angeles, CA, USA. We were able to convince the beautiful 20 yr-old Miss Erika & Her 2 sis Miss Nikki & Miss Vikki to let us worship Their pretty heels & feet.Nikki gives explicit instructions to the foot lush-loser as to how he should worship Her & Her sis' feet. Check out how smooth & perfect Miss Erika's feet are!

Here we have a video specially for the little loser slaves. Right bluntly I'll explain here sustainably your place and what I think of you little sausages. So loser, if you can anything at all: buy this video! Everything else you will not get in your life established! But for more watch the video! 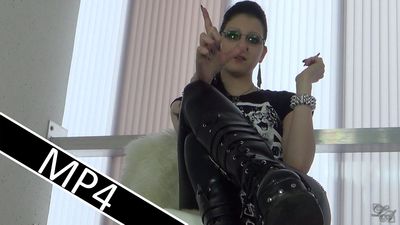 Wow this Girl enjoys humiliating this guy...This time She takes him to a public street where people walking their pets stroll by, others pass them en route to their high-rise apartments.he seems like he'll do anything for Her and he's not phased at all by the public humiliation of this. he stays kneeling at the end to put Her sock & boot back on. Hot!

66579 - Cruel and sadistic beating for the poor Mistress lea's slave

Mistress Lea wand to punish her slave because she feel like to beat him. She hang him and kick and stomp him hardly in the stomach, slap him,choke him, spit in his mouth while the slave is choked continuously by the rope around his neck. Mistress Lea is realy without pity. After the beating, Mistress Lea Want her Converse licked clean. The slave lick her dirty soles, she gagg him hardly and then orders him to smell her sweaty stinky socks. She rubs her feet ho his face to humiliate him more.

The slave has been serving his boss Martina for a long time, and the boss is busy editing the video to make money, the slave massages his boss and kisses the foot of the goddess with his mouth.

I love to play fun games with losers like you. I like to tease you, lead you on, make you think you're going to get to see my perfect pussy, and then tell you I want you to ONE thing first. It's just one little thing, I think it's so hot. While you do it I'll put my sweet hot PAWG ass in your face to motivate you. Come on, it's just so cute to watch you do what I say. And if you suck that dick really really good for me, then maybe you'll finally get to see my perfect pussy.

So close you were my boots ever. Well, you taste it? Or should I tell you your work while you verrichtest what I did today, when I stepped in it all? Caution, the boots have suffered right here and now you're out of the series, tongue and start licking! Stiefelversklavung for money slaves of the finest.

A new 18 year old girl Stella comes in our kingdom. Tiny but very pretty, she comes with huge desire to become domina. Her teachers are Sonny and Daria, experienced sadistic girls, also made in DuneFeet school of female domination. They will learn young little Stella how to treats man and simultaneously have fun. The girls learn Stella to slaps a guy.

Get ready to entertain ME ! I am so bored and you will do ANYTHING to make me happy because you love to serve me! You'll even humiliate yourself to entertain me right? Get ready to be my bitch and serve ME the way I want ! 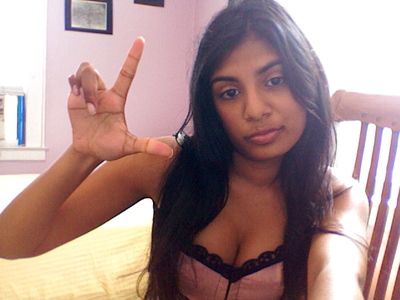