As my slave itÂs your duty to be of use for me! But thatÂs that?! YouÂre just a dumb fool! A slave fool that needs to be instructed first! Come closer and look whatÂs wrong with my shoes. Yes, theyÂre way too dirty! Get your tongue out! YouÂll lick them clean now, and youÂll start with the pair IÂm currently wearing. I just walked through some dirt with them. Fulfill your slave duty and lick them clean!

Rina is at a rehearsal before her next gig. Her "number one fan" comes to her studio with one red rose to make a small present to Rina. He patiently waits until the end of her song and gives a rose to her. Rina was very disappointed. Only one pathetic rose? I will destroy it, like your feelings, and then feed it to you! - Says Rina. Then she put rose on the floor and smash it with her beautiful boots. She tramples and stomps poor rose until all petals are ripped out. Then she open Alex's mouth and feed that petals to him. Chew and swallow fast! - Says Rina to the slave. When Alex swallows everything, she tells him to lick her amazing gothic boots. Her boots are really cool, with sharp heels and spikes on them, that looks like rose thorns. First Alex licks surface of Rina's boots, then she ask to lick her sharp heels. While slave cleans Rina's boots she continue her rehearsal. Finally slave licks and clean soles of Rina's boots. They are dirty from studio floor and must be clean brefore next Rina's gig.

In my military exercise two slaves will exercise against each other. We start with some push-ups and the loser gets kicked in the balls. Next exercise will be situps - again the loser gets hard kicks. Of course a third exercise is planned as well - if they manage to do pushup with me sitting on top?!

So you dont have a choice, you need to get this clip and follow my instruction ,soon you will be my human atm just how i want you!My ass drain your wallet!

First my little Pitty gets well chained. Then I put some electropads on my little slaveÂs body so that we can start playing. While doing so I smoke a cigarette with great pleasure. Hmm, I wonder if he already feels something ... 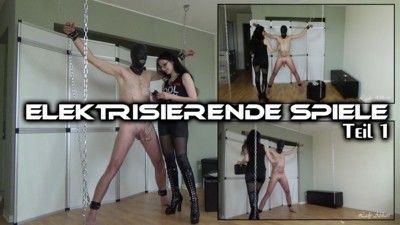 You are such a Loser for my perfect perky Tits. Of course Losers must pay to look and stroke for pefect Princess Tits. You are way too addicted as you could say no. It doesnt matter how much i am going to make you pay this time. You will pay it anyway. There is nothing you can do about this addiction. Just dive deeper. Right into my sexy cleavage loser.

I sit down at the kitchen counter and demand that the slave cleans my boots with his tongue - while I'm spitting down on the boots again and again! He has to lick away all of my spit - and the dirt from the boots obviously! From top to bottom he licks every inch of my boots - and the nice treaded soles as well of course!

You are such an addict for my big booty. You love nothing more then worshipping my beautyful ass. Its your daily highlight. But you also realize everytime you are allowed to worship it that you never going to really have thisass. Never touching it, never squeezing it or not even thinking about fucking it. My perfect, shiny, bikini butt will be forever out of your reach and knowing that hurts. Hearing it from my beautyful mouth hurts even more but as the addict you are you cant stop anyway. You still will stroke it for me. Still stroking it for the ass you never can have. You will be nothing more then a worshipping loser slave to my perfect ass. 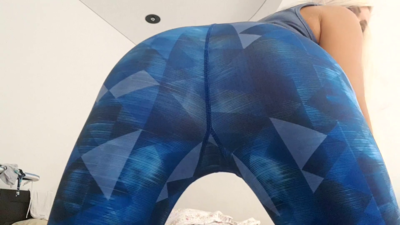